Mr. Steven nice to meet you. On behalf of Shanghai-SNAME and co-operator Informa Markets, I’d like to extend warm welcome to our distinguished guest vice president for mobile solution from Rolls-Royce solution. Thank you very much for accepting our interview, before the grand event Marintec China, with over 40 years glorious history and will be held at the beginning of this December. Today is my honor to host this interview this is Jinbao Wang, deputy director of international exchange committee of Shanghai-SNAME. also senior experts on hydrodynamics from Marine Design and Research institute of China, the earliest and one of the most famous design and research institute in China. Before we start, Mr. Ding may I invite you to give us a brief account of yourself and your company. Thank you.

Thank you, my pleasure to have this time to talking to you. So, I’m Steven Ding and from Rolls-Royce power system China. I’m in charge of all the power product and solution.

Good, can you give us brief introduction of what Rolls-Royce is about.

Our Rolls-Royce is a power solution of the manufacture and the provider in China.

Thanks for this brief introduction, as we know Rolls-Royce has a long history as a pioneer of power system. Can you tell more on how does Rolls-Royce envision the future?

Okay as you know the maritime world wants and needs to get greener, this is more than an all working of the 14th five year plan of China and Paris climate accord. It’s also the stated aspiration of many shipping companies, shipyard operators and skippers. The key for greener shipping is the fuel, so if you such as the e-hydrogen, e-methane, e- methanol, e-diesel or e-ammonia, which are produced from renewable energy resources and subsequently refined can be convert into propulsion power in ways that are climate neutral. In recent years a team of Rolls-Royce experts has been working with customers and industry partners to exam the entire fuel system from fuel infrastructure the cost of creating and vessel rate to the propulsion system and its integration in the vessels. Their goals have to be identified the perfect field for the marine use. The experts expected that as early as 2035 over half of all the world ferries and trucks will be no longer be powered by conventional diesel engines, so Rolls-Royce experts currently a reckon methanol is shipping up best to be the marine field of the future. We want to be a pioneer here and set new standards with a methanol engine, but it’s not just the choice of the few that crucial. The architecture of a propulsion system is also changing vessels powered solely by combustion engine are becoming less commonplace. the combustion engines are increasing being cooperated with a hybrid system, where batteries supply electrical motor and engines only come into play when battery power is no longer available. Our focus is on vessel architecture involving hybrid systems that are able to use combustion engine and fuel cells combustion engines are still be powered by diesel but in the medium term they will be running on methanol.

Thanks very much for your generous sharing. This is really very inspiring, then what are the groups innovative technologies?

Okay thank you Rolls-Royce has launched an ambitious new program we call the Net-Zero at power systems to support the transition. To Net-Zero we are investing new technology to replace internal combustion engines and further development to run on sustainable fields, such as green hydrogen and green methanol and ensuring all our current engines are compatible with carbon neutral e-diesel. These actions support our commitment to achieve a 35 percent cut in lifetime emission comparing with 2019; Of new sold products by 2030 and for all our products to be compatible with Net-Zero operations by 2050. In the meantime, the company is already working on a methanol engine and a few cell systems for marine applications and is developing electrocyers to produce green hydrogen. According to a clear road map marine diesel system propulsion will gradually be approved for EN15940 sustainable fields such as HVO, we call the hydrogenated vegetable oil from the 4th quarter of 2022. A major step forward a carbon neutral future in the infrastructure sector is the first of a kind microgridfor the port of DUISBURG in German, which will combine fuel cell and hydrogen combusting engine to meet clean energy needs of these new container terminals. The terminal hit and energy will be provided by MTU gas genset from our power generation application. At that outside this can be operated by a blend of hydrogen before a dedicated supplies structure of hydrogen is to follow in the coming years. In the future these solutions can also help to further the hybridize of vessels in the port with green electricity from hydrogen solution. A smart combination that makes port ready for the future

This is really interesting and encouraging, then what are the highlights of your participation at the upcoming Marintec China.

Okay that for this upcoming event, we will present Marintec under the claim. our key theme is pioneering the journey to Net-Zero. With new MTU marine solutions for propulsion automation and service, we will take our visitors on a journey to acclimate neutrality from diesel engine, with the exhaust gas after treatment and gas engine to their use with sustainable fields and hybrid system. Beyond others we will introduce our MTU hybrid propulsion pack, the benefit including sustainable propulsion and necessary power as well as the advantage of comfort electronic propulsion reduce vibration and lousy for more present yarding experience. For crew in commercial marine operations this can mean less stress during the long operations. Harboring propulsion is an important step for future it combines numerous benefits with sustainability for a better tomorrow. For the more we want to provide to our customers complete propulsion and control solutions from bridge to propellers, that we will also be expecting our new MTU logic marine automation system. We actively want to support our customers under journey to carbon neutrality.

Well from your introduction we are really looking forward to your new technology and products soon. Then we move to Marintec China, as we know Rolls-Royce has attended Marintec China many times. Marintec China has successfully had more than 20 sessions over the past forty years well. What is your expectation and blessing to this coming Marintec China

Marintec is a melting point for innovative leaders in the marine industry in China. It’s a great platform to exchange and discuss about the latest technology trend, but due to the covid situation this makes travelling not so easy. Anyhow I’m looking forward and very much expecting to meet our customers and partners face to face in our booth.

December 7 to 10, 2022 at Shanghai New International Expo Center, we look forward to see you at Marintec China.

Okay, thank you. Fully understand your expectations and thanks for being invited. Well, how would you describe Marintec China to someone who has never visited this grand event before?

Marintec China is a great platform, a showcase for all the innovative leaders in marine industry in China. Also, a great opportunity to discuss about latest technology, even though the covid situation makes traveling difficult, but I’m still looking forward to meet our customers and partners in this big event in our booth. I wish you and Rolls-Royce all the best and make more contribution to marine industry.

Ok, thanks for the continuous support to Marintec China. Well, I will make a very short concluding remark for this. Mr. Steven, many thanks for your generous sharing with us. Your future vision, innovative technologies highlight your participation at the coming event. Together with the expectations, blessing and introduction to Marintec China, and welcome to Marintec China at Shanghai December from 7th to 10th.

The power solution first no matter the automotive or the marine industry the off-road application, which most of the Rolls-Royce products are serving for off-road off-highway segments. But the commonplace they all need the power transition system like a car they need an engine. Like ship, vessel they need an engine they need a propulsion system. That’s the commonplace. Also the companies all need to provide the greener energy alternative energy to meet the net zero future the carbon neutral, you know the plan of ambition. The difference between on-road and off-road on the emission legislation the requirement might be a little bit different, but we are aiming to the same future. We all aim into the carbon neutral ambition in the upcoming probably in one or two decades, so no matter from the on-road or off-road will have same direction. Probably in a different road map, but we end up at the same ending point.

Your effort to the environment is highly appreciated. I’m also interested in different volume of usage of new clear energy between ships and cars. From your rich experience, if the new clean energy be used in larger ship.

That’s a good question for large ship, I think the challenge will be that the technology, because when we talk about the cars the engine displacement and also even we talk about hybrid battery they are relatively smaller powered. From the ship large ships applying this green technology with technology transforming from conventional diesel system to hybrid or to the future zero emission hydrogen, technology is much different. Also that turning technology into the application is quite a challenging. It’s different investment and road map. That is my understanding. That’s why they are taking a different approach to meet even though the common goal, the environment friendly carbon neutral.

Okay thank you very much Mr. Ding, your sharing is really helpful for the whole marine industry thank you. 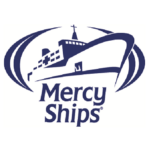 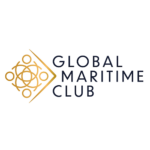 Marintec China to be Rescheduled to 2023